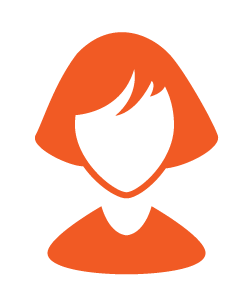 After I started working hard to make some changes around my household, it occurred to me that one area I hadn't worked very hard to correct was my garage. I began thinking about various ways I could improve things, and it occurred to me that I should probably start fixing up my old cars. I began working at nights on the problem, and before I knew it, my cars were all working well. It was a nice feeling, and now I can honestly say that I saved cars from going straight to the landfill. Find out more about automotive repair on this website.

Leveling kits raise the front half of your truck by a couple of inches and make the front visually even with the back, hence the name "leveling." These kits make the trucks look a little more "standard" for those who aren't planning to dump a ton of concrete chunks in the bed. However, if you have a pickup truck and want to level the front and back — but you still want to haul heavy items — are you setting yourself and your truck up for damage?

Why the Back Is Raised in the First Place

Given that the point of a leveling kit is to make the front of the truck even with the back in terms of height — and the whole reason the back was high to begin with was to counter the downward effects of hauling a heavy load — you'd think that a leveling kit would not be a good idea for anyone who has to haul heavy items. After all, the load would push the back of the truck down again, making the front higher than the back. Wasn't that something manufacturers wanted to avoid in the first place? It's true that trucks are built so that the back is slightly higher than the front, and they're built this way specifically because hauling a heavy load will cause the back to dip. However, the issue isn't so much about how that looks as it is about how that affects the truck's suspension.

If the back is as low as the front right out of the factory, then that heavy load will drag the bed down and compress the suspension as much as possible, which gives you no cushioning as you drive. It's extremely uncomfortable for people in the truck and potentially damaging for the truck itself. Raise the back up a bit, though, and you get some breathing room; in other words, you get extra space between the bed and the suspension, even with the load. The issue of the front being lower than the back is mainly cosmetic, except for truck owners who plan to hitch equipment (like a plow) to the front of the truck. In that case you would definitely need levelers or lifts on the front, but that's another story.

So, after you have the leveling kit installed and the front is now level with the empty bed in the back, what happens when you add a heavy load to the bed? The back does dip a bit — and that's it. The heavy load isn't going to be in the bed permanently, and when you take the load out, the truck will be level again. If you plan to frequently haul very heavy loads, you may want to invest in a trailer simply to save your suspension, no matter how level the front and back of the truck are. But for general hauling, a leveling kit is fine. Talk to an auto shop like Bottomless Suspension about installing the kit to ensure you're using the right one for your truck.